Exploring the essence of the local culture, representing the ancient charms of the Dragon City, conveying the invisible form via the visible shape, and containing the richness in the simplicity, the Crowne Plaza Taiyuan designed by YANG is brimmed with cultural charms and modern fashion, which contributes to awaken guests’ desires of exploring the city, and which not only improves the image and quality of the city, but also enables the hotel to be the starting point of a city exploration journey. 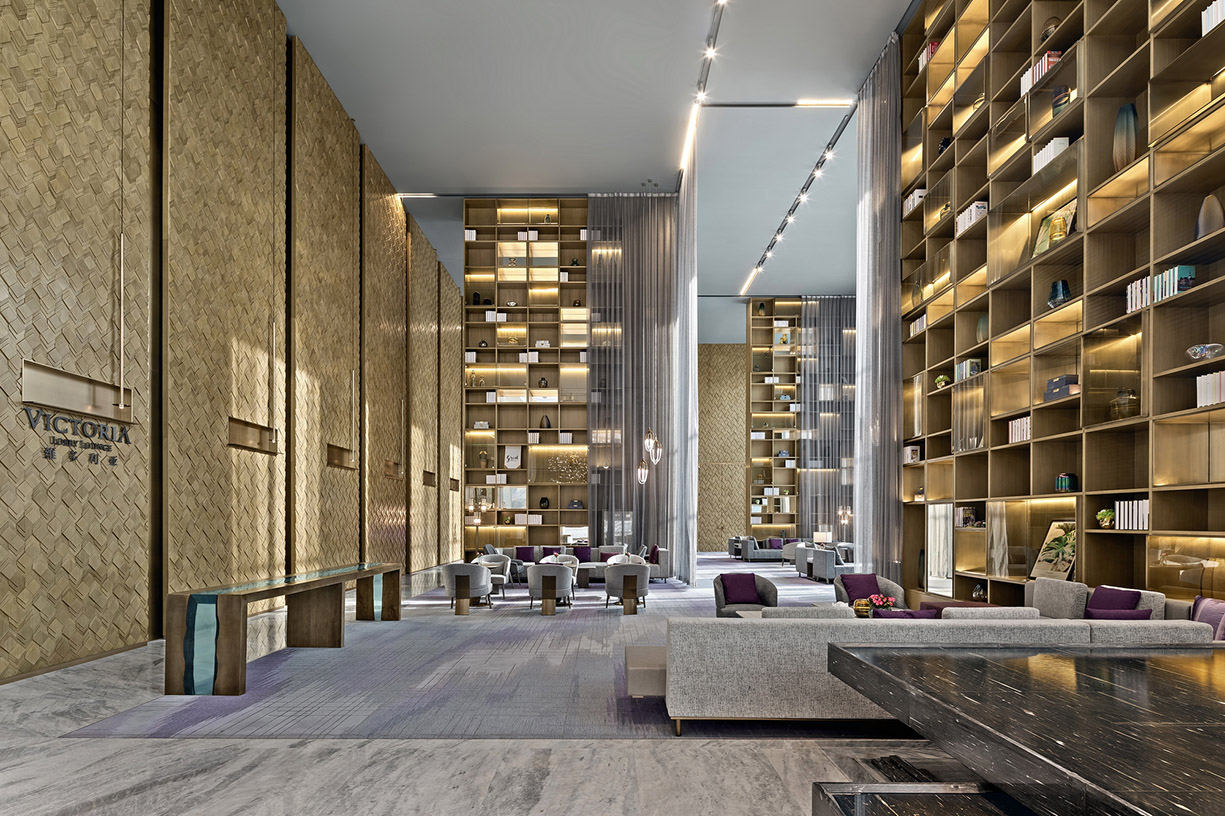 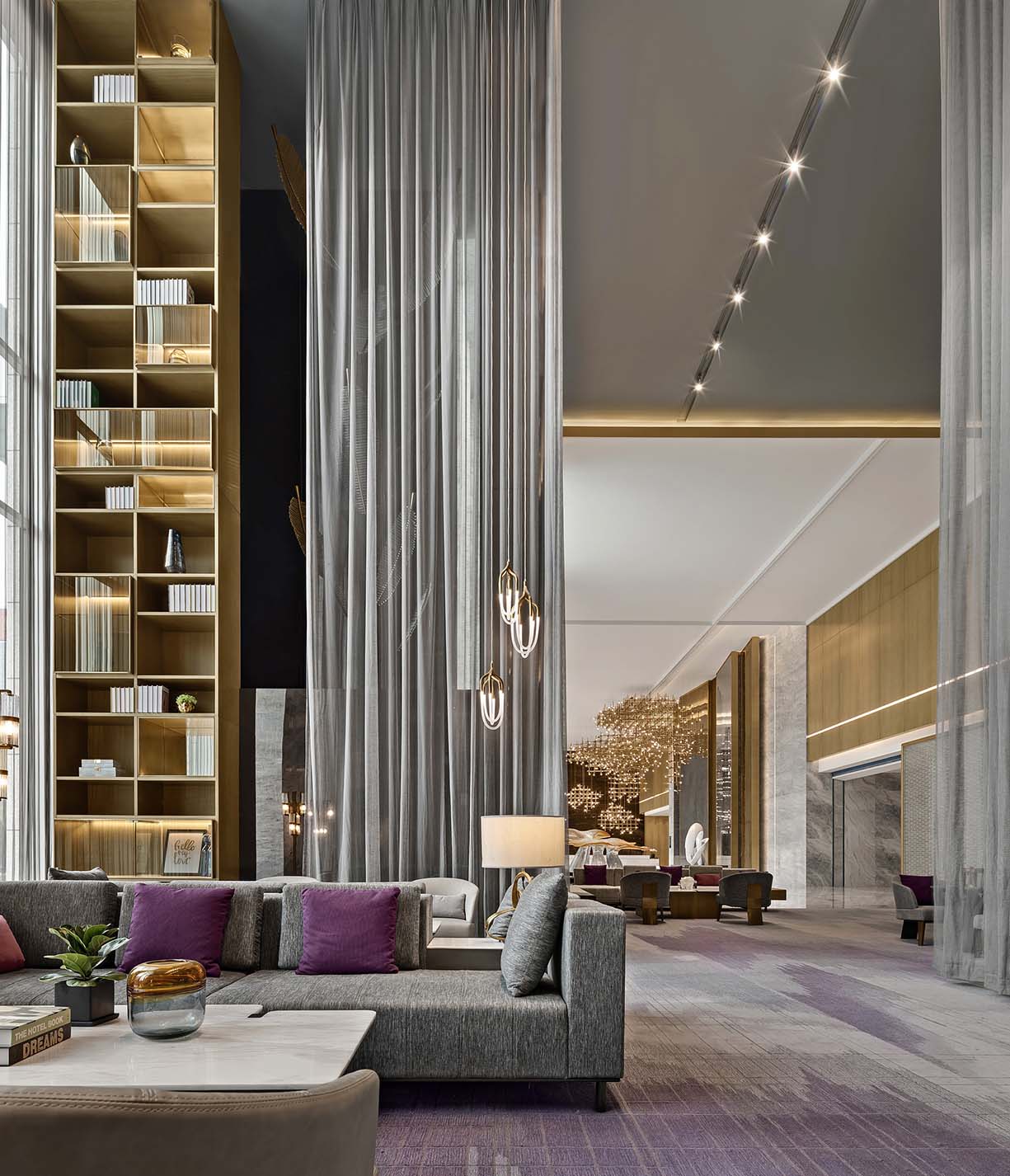 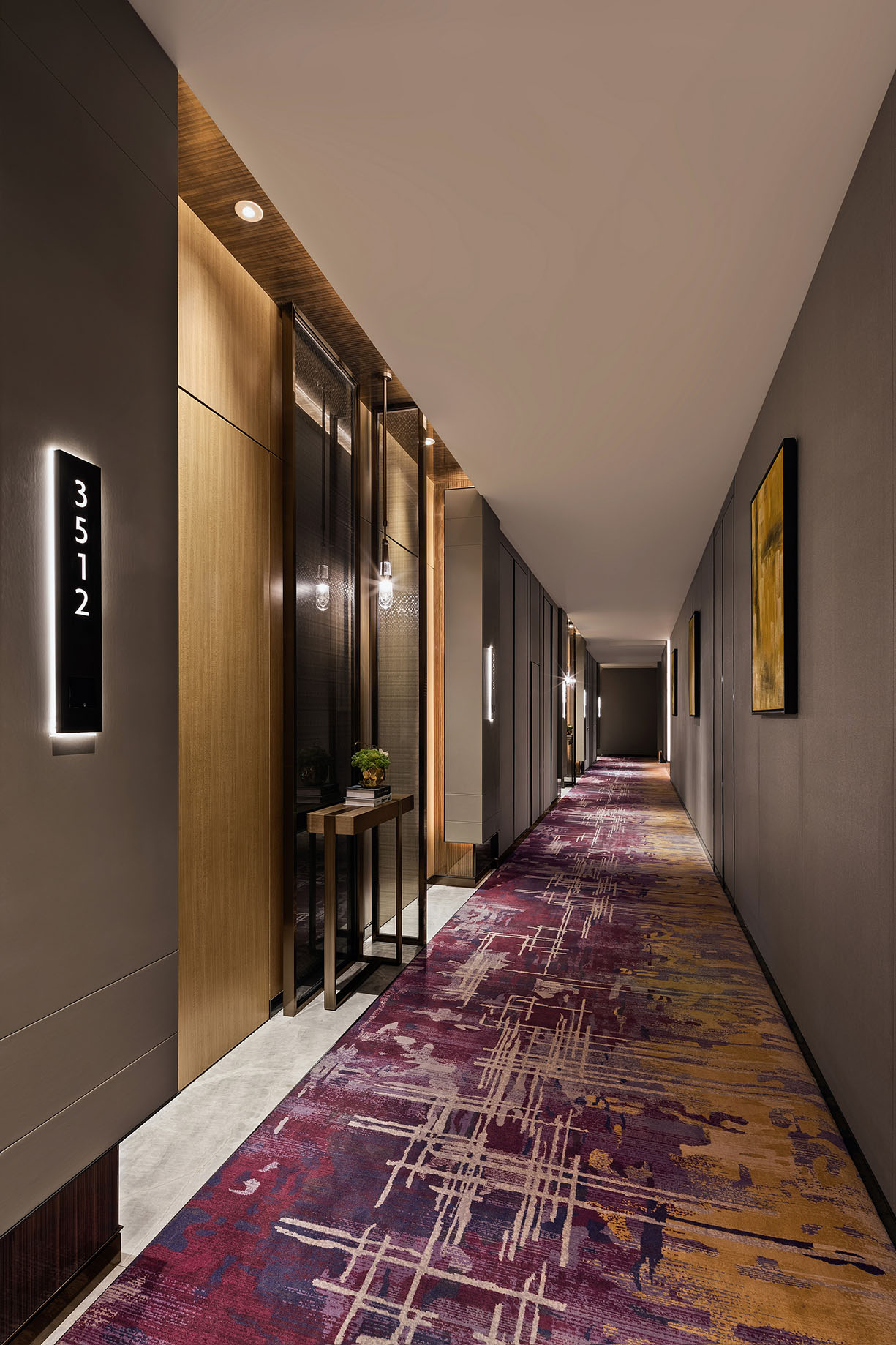 The majestic imagery of “Flying Dragon in the Sky” presented in the lobby is to pay homage to the millennium glorious history of the Dragon City, and to show the soaring aspiration of Taiyuan. The brown texture screen at the end of the entryway combining the digital LED waterscape forms the ripples spreading over in sequence. Several metal artistic suspended lights forms the vigorous “Dragon Shape” in an ingenious way, which corresponds to the waterscape, and therefore a spectacular imagery of the dragon jumping out of the water and hovering in the sky is vividly portrayed.

Different from the traditional bar showing the whole space, designers adopt several large scale bookshelves to separate different lounges, which guarantees privacy and also enriches the spatial levels via curving lines. Shanxi cultural relics and antiquities displayed in the bookshelves tell the story of the Dragon City through the ages. The delicate gauze curtain presents the romantic and aesthetic “Imagery of Hidden Dragon” in a real scene and also veils the unexpected surprises in the bookshelves.

The all-day-dinging restaurant captures the scenery of ancient street of the Dragon City. With ancient architectural lines etched on the buffet counter and wall cabinet, it permeates rich historical ambience against warm yellow light. The thoughts unconsciously follow the scenery, and wanders in the bustling and prosperous city. The orange yellow dining chairs creates clear and bright atmosphere and soothes the oppression in the windowless space. Eight artistic suspended lights in the center of cold food dining area abstracts the shape of the dragon scale in a futuristic way to shine and capture people’s eyesight to present the contemporary artistic beauty.