There is merely a city that can be compared to Yiwu, for it combines ancient and modern, the Orient and the Occident so perfectly. This legendary county is famous for its small commodities market and is now introduced to the world again thanks to today’s “Belt and Road Initiative”. Looking back to its hundreds and thousands years’ history makes one feel like step into a flourish forest. Ancient wood and bricks, delicately decorated and carved columns, crowded market and revolving corridors are clearly remembered by the people in Yiwu. YANG has managed to making all these precious moments into Shangri-La Hotel, Yiwu, an urban space full of memories and hopes. 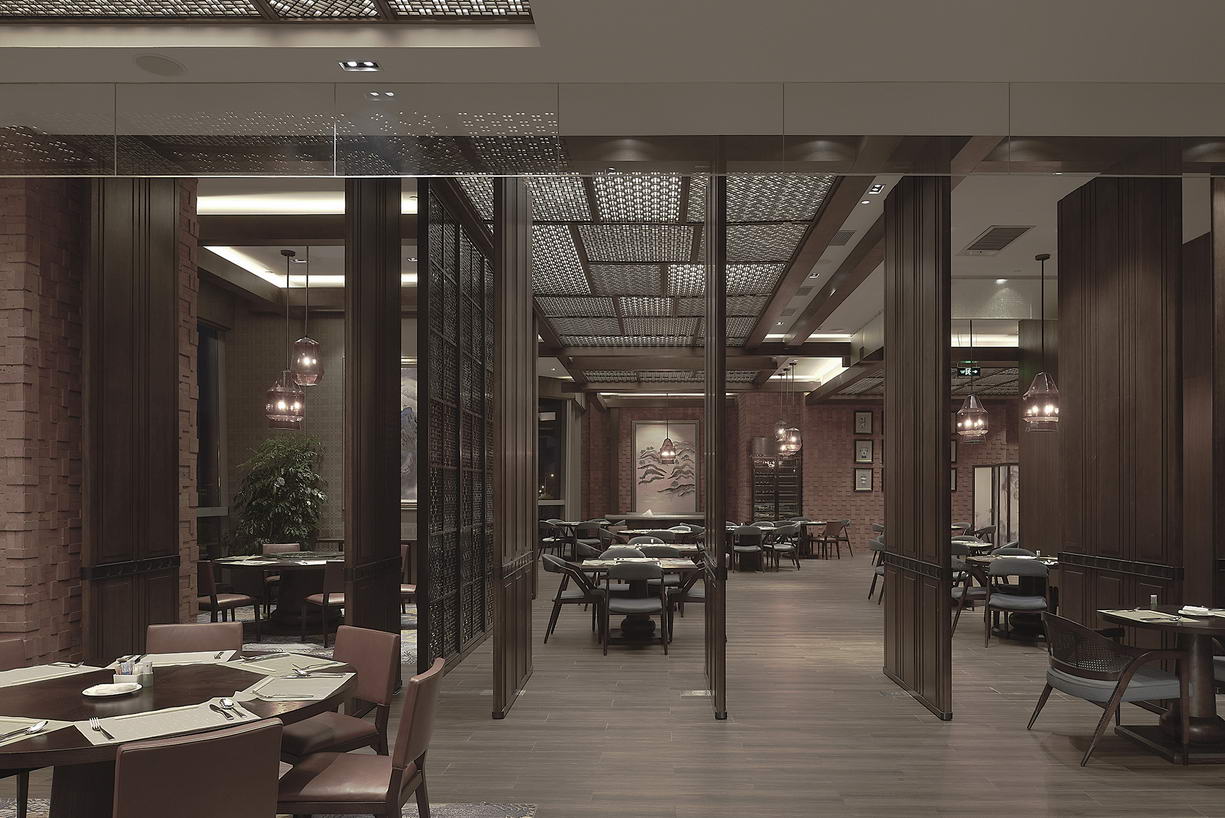 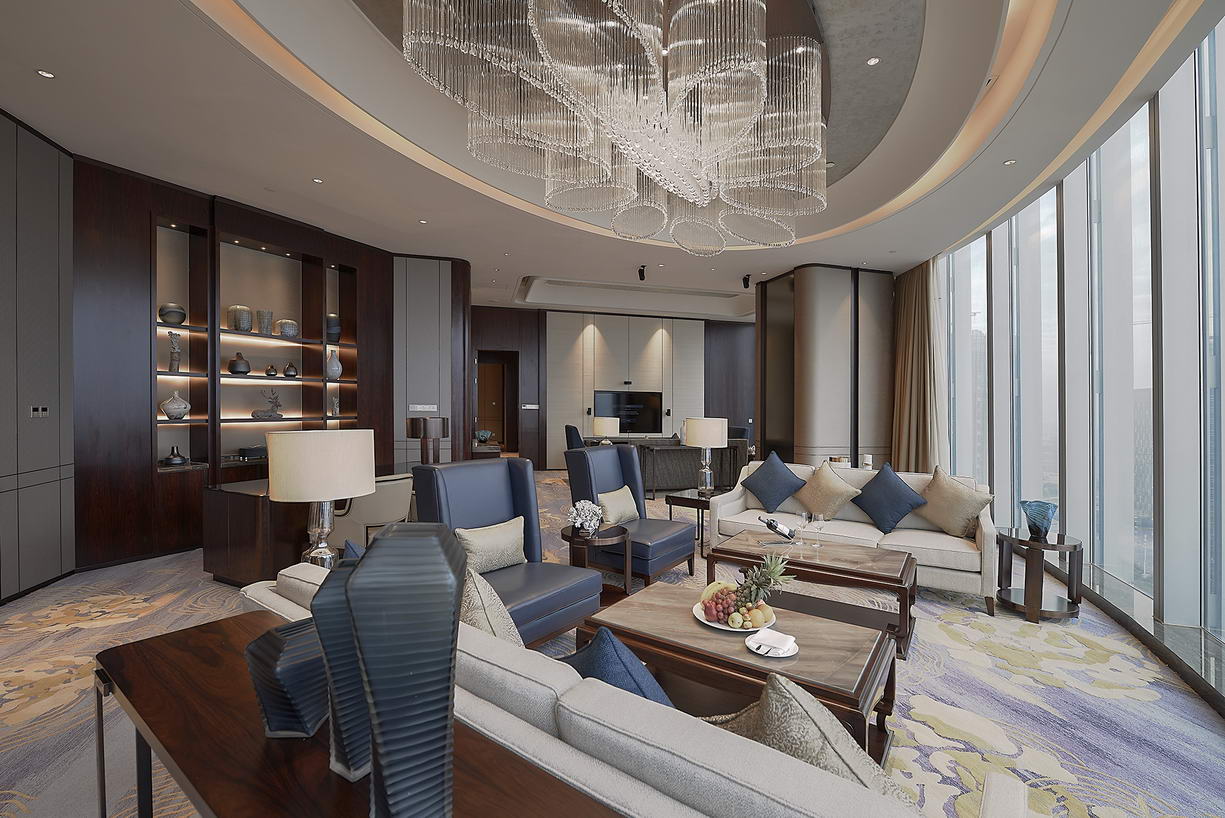 Although located in Yiwu World Trade Center, a busy downtown area of the modern city, the hotel stands out alone with its ingenious spacial features, which exudes a peculiar charm of Jiang’nan (regions south of the Yangtze River)-- gray-green bricks and tiles, wharf walls, winding corridors and lattice windows, etc. After thorough research of local cultures, YANG extracts and redesigns local patterns and textures so as to present them in different forms in various spaces, such as using traditional Yiwu wood lattice as wall decoration, ceiling design, etc. This makes the whole space a transparent and delicate wooden drawing, which has an inherent ancient elegance in every detail, and also grants the space luxury and fineness at the same time.

Shops in various scalesmake classic scenes on the streets of the city, and it is these uncountable shops that have created the glory of today’s Yiwu. YANG tries to reinterpret these scenes in a trendy and modern way in the space, by using red bricks with historical aesthetics, wooden doors and windows decorated with local totems. The combination of materials and techniques has made the dialogue between the ancient and the modern possible.