As a member of the music theme hotel chain, Hard Rock Hotel Haikou has music threading through the whole design from its building exterior. Considering its location near Guanlan Lake, Haikou City, and the brand’s DNA, YANG draws inspiration from both local Li people’s song and dance and Chinese rock culture to create a Hard Rock with Chinese characteristics for Haikou. 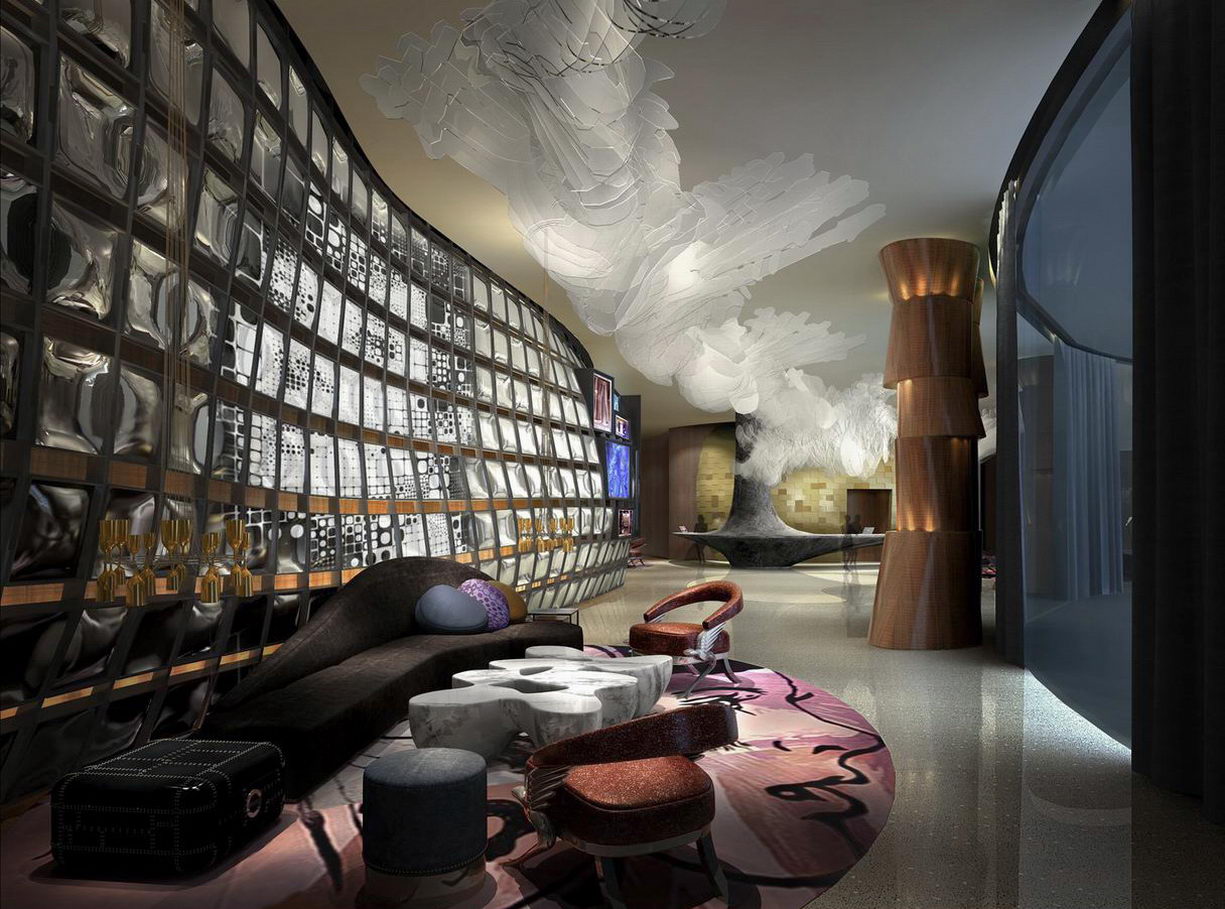 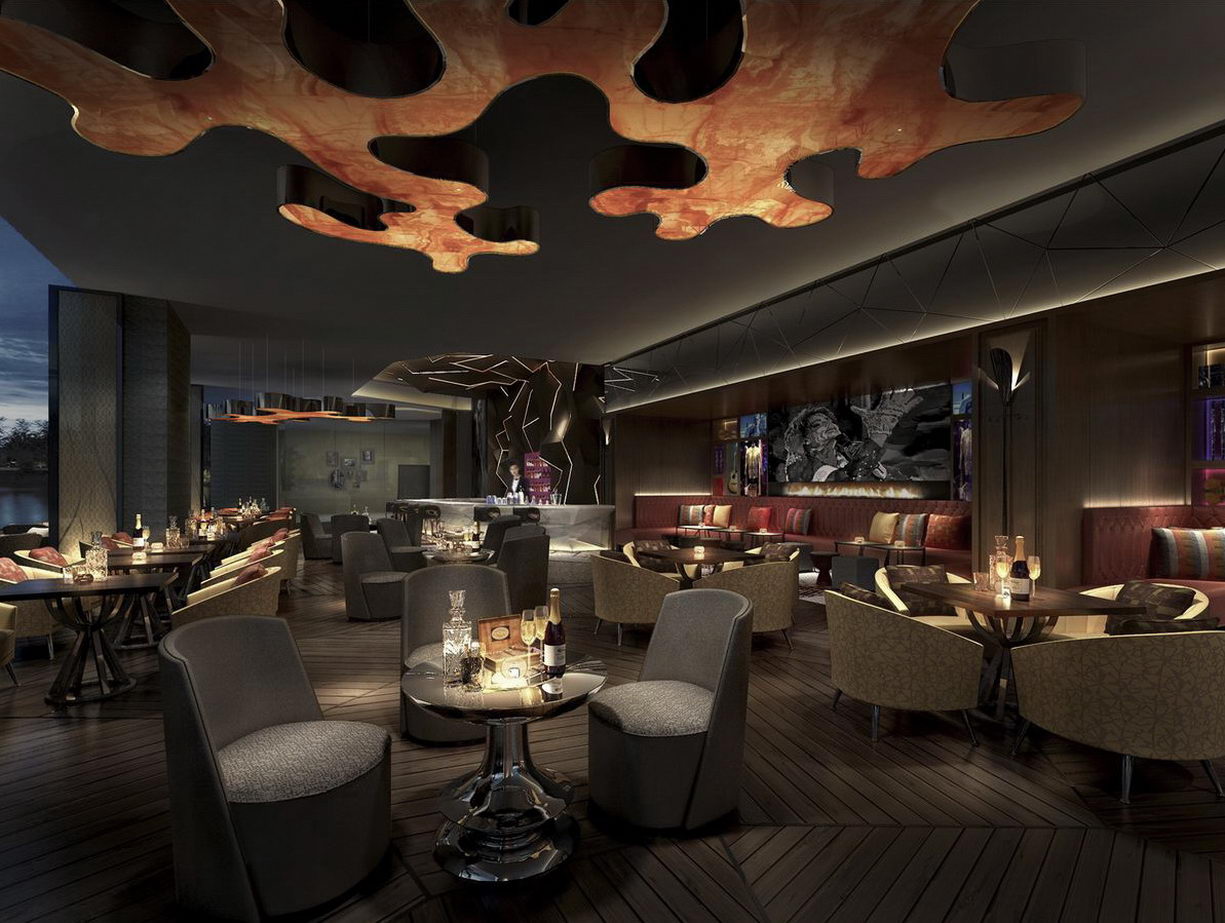 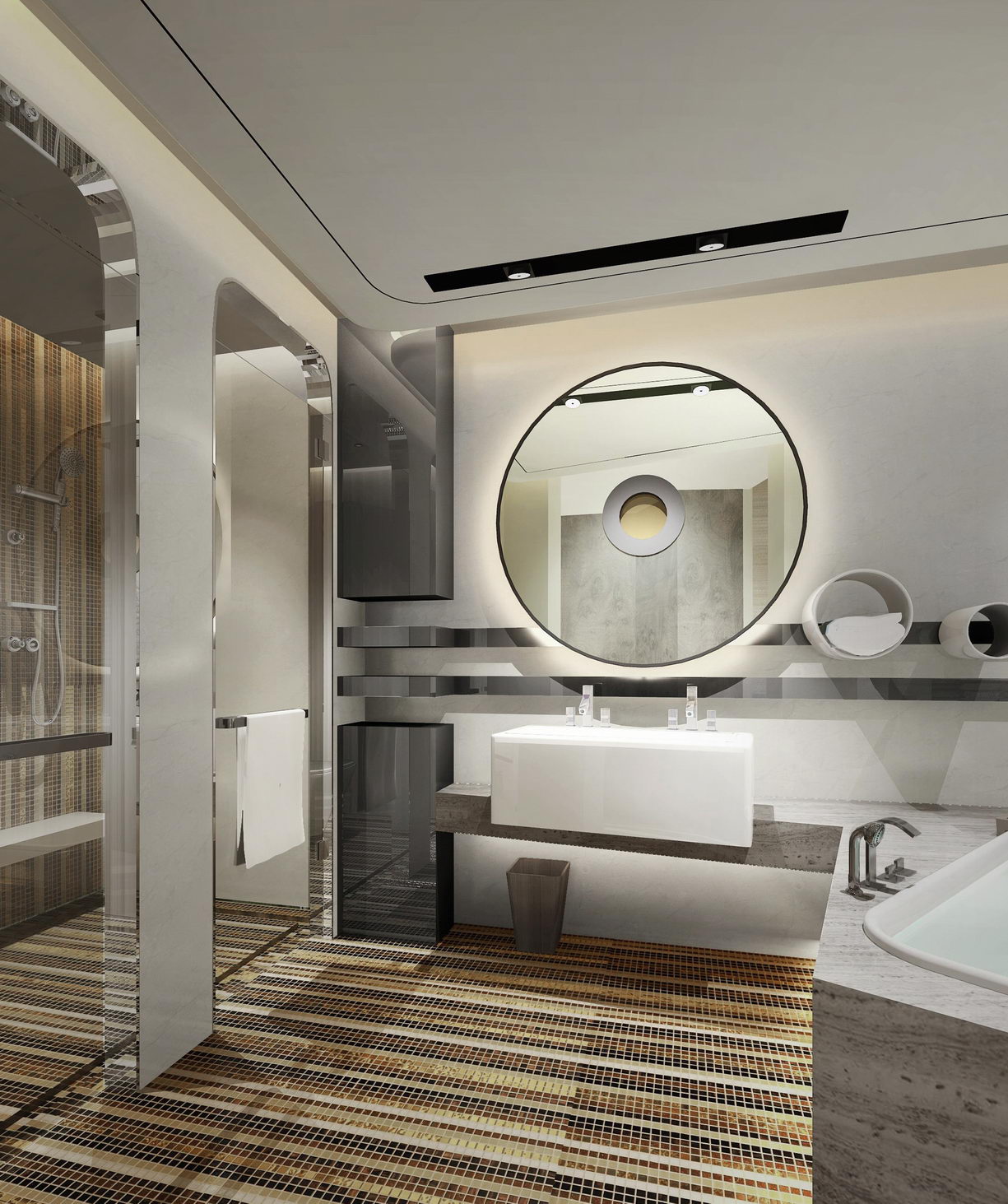 The lobby is highlighted by the ceiling where the song, dance and musical instruments of Li ethnic group are depicted, enticing anyone who just arrived to shake and dance with the tempo. The wave-shaped wall composed of square mirrors adds layered depth to the space and is also a mixture of Li culture and modern elements. The ADD restaurant relates to the good harvest of Li people and their celebrations with singing and dancing, a way to express their gratitude to the god. Taking cues from “harvest” and “food”, the designer builds the warm and unadorned dining room accented by an island-shaped buffet counter.

The feature of Li people’s dance is their torch dancing. The design of the bar aims to inject the vitality of this dynamic, jumping dance to showcase the ethnic characteristics while echoing the attitude of rock and roll. The ballroom speaks to the dance that Li people do in the Water-splashing Festival by depicting flowing water on the ceiling, which also symbolizes the continuity of life.