With its advantageous location, Hangzhou used to be the largest metropolis around its neighborhood, and has been prosperous since ancient times. As the interior design consultant, YANG utilizes modern crafts to interpret a traditional Jiangnan. By transforming local scenery, silk and bamboo culture into design elements, natural and cultural nuances have been introduced to this crisp modern business hotel, designers make it a Marriott that specially belongs to Lin’an redefining the experience of a business resort. 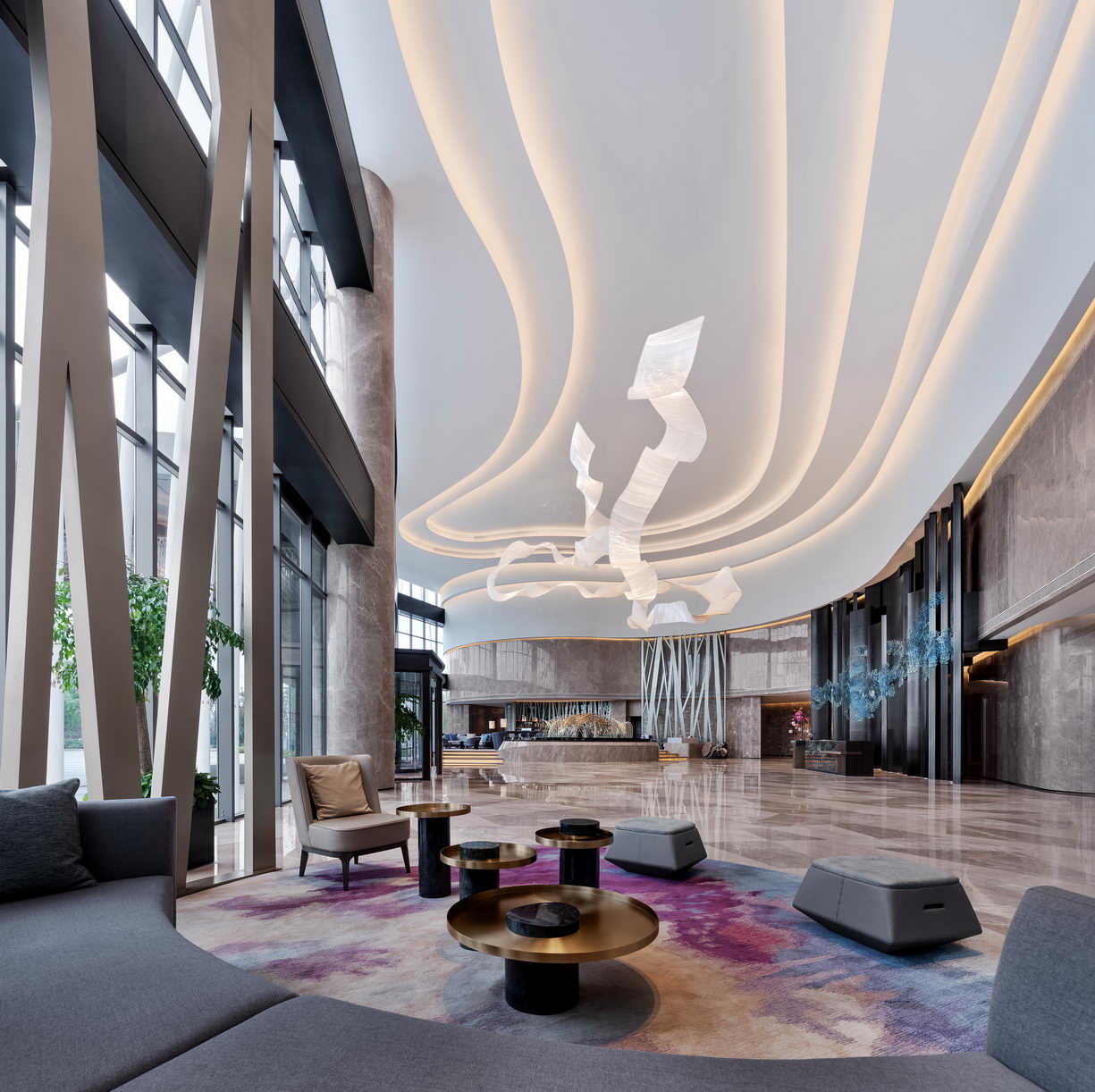 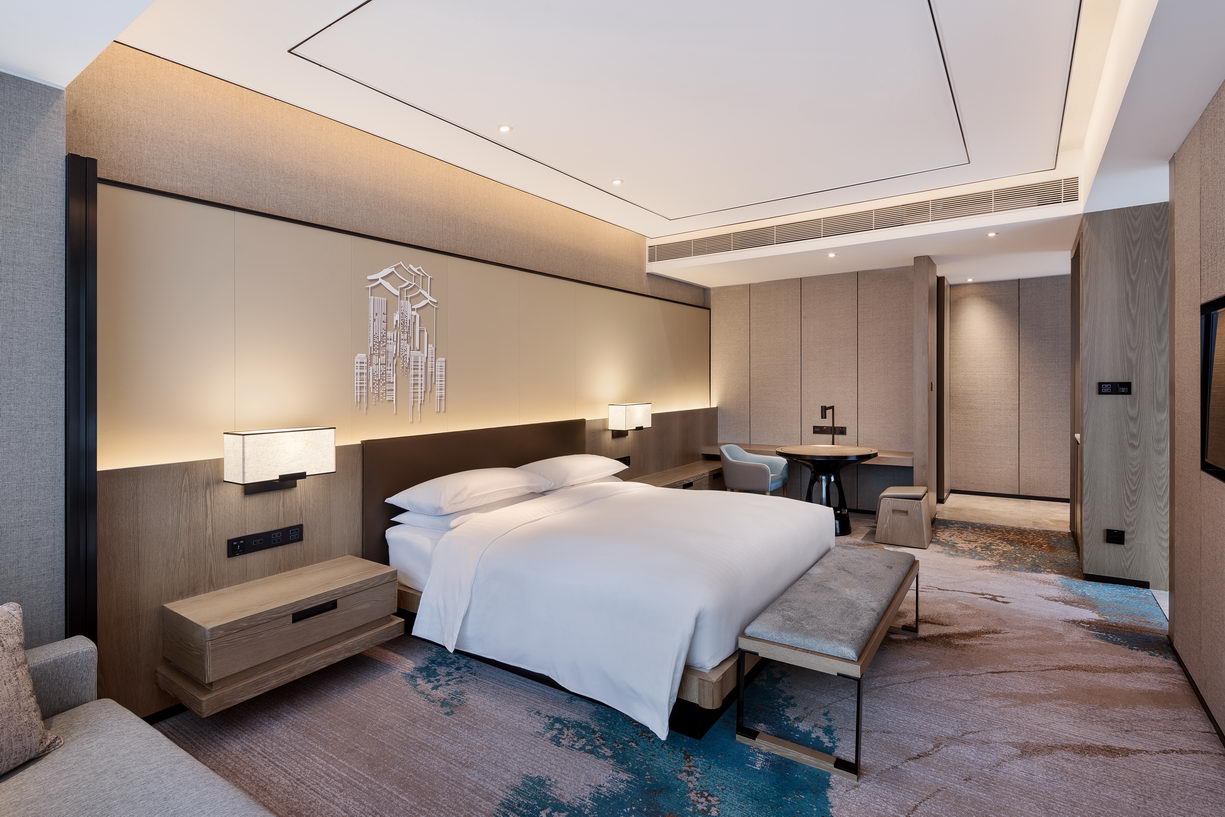 Small bridges and riverside households make up the classic image of Jiangnan. The lobby ceiling design draws inspiration from the graceful arc of the water and the bridge, bringing gentle and artistic aesthetics into the space. Instead of having a center-focused pendant light that not suitable for the spacial lobby, designers ingeniously placed an art installation imitating the shape of Jiangnan silk to fill up the upper space, which not only echoes to the arc theme, enhances the projects crisp style, but also successfully creates a lovely poetic atmosphere.

Qingshan Lake, with its picturesque scenery, is known as “the Best Scene of Lin’an”. The lake’s changing reflections of its greenery throughout the year have been extracted as carpet patterns in the lobby, ballroom, meeting room and guestrooms, assembling the Jiangnan landscape in ink paintings. In the collision and integration of the classical and the modern, YANG makes the juxtaposition of the gentle and stylish Jiangnan possible in Marriott Hotel Lin’an, redefining the business and resort experience for urban travelers.