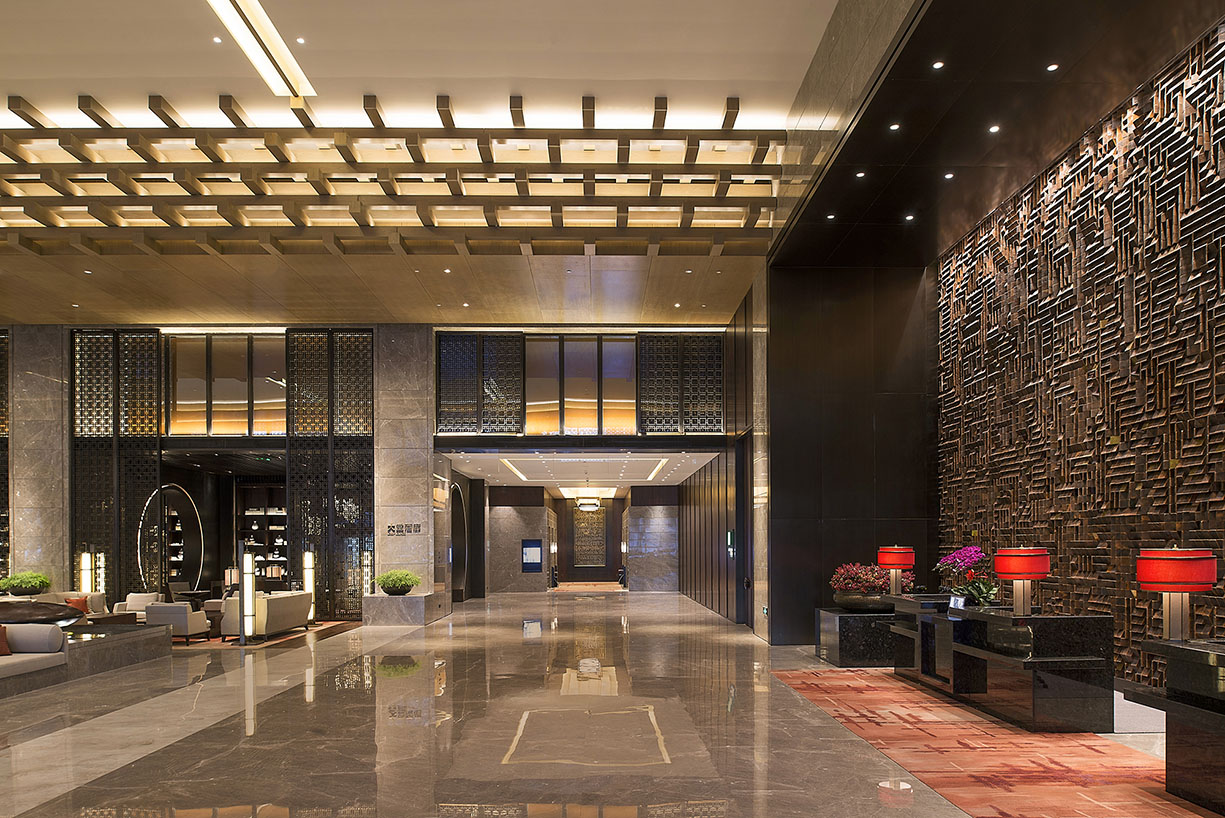 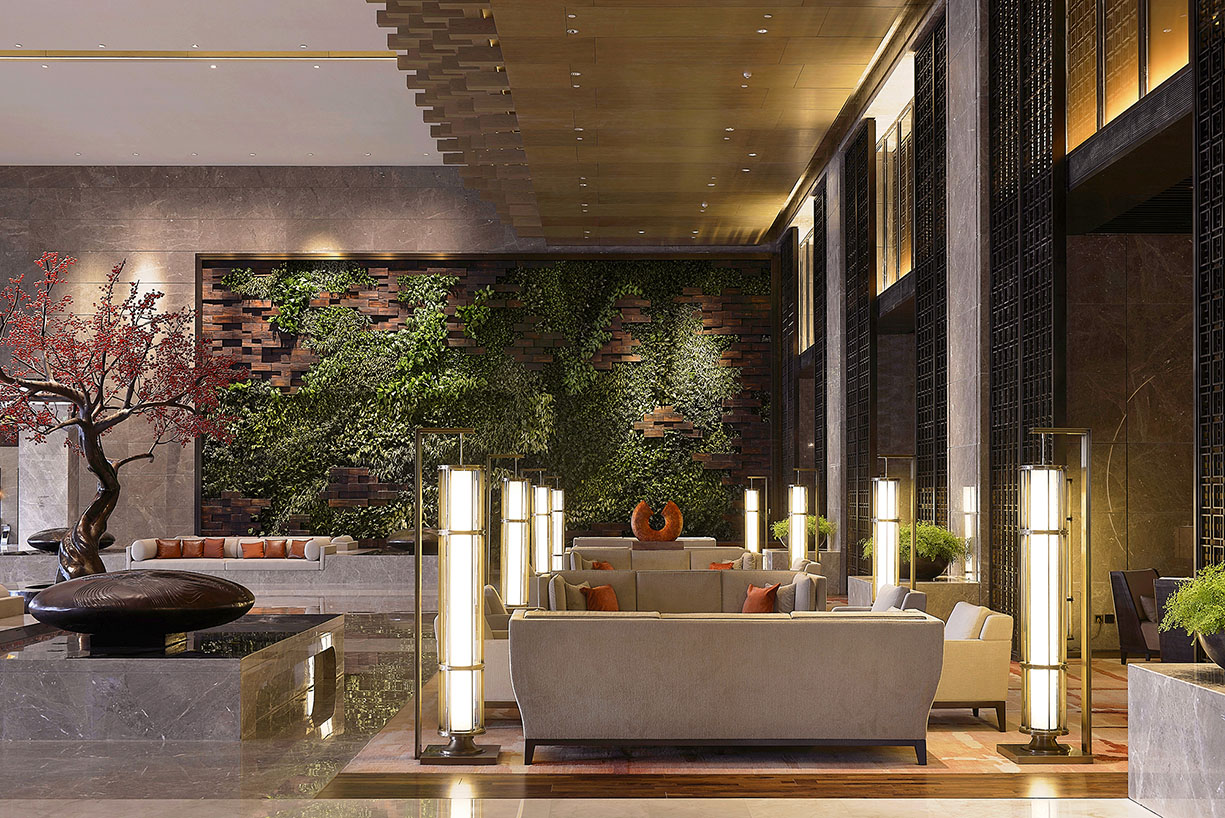 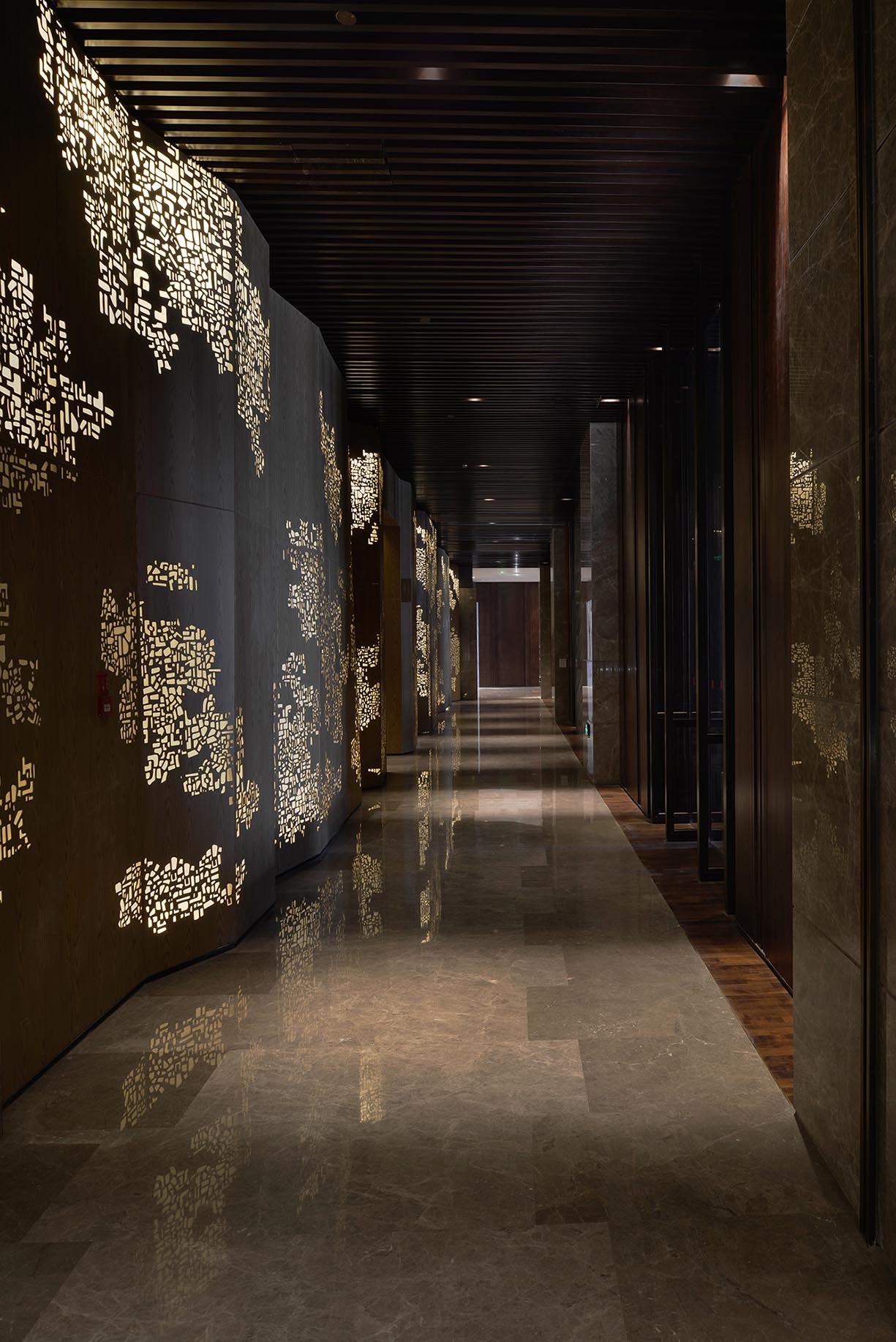 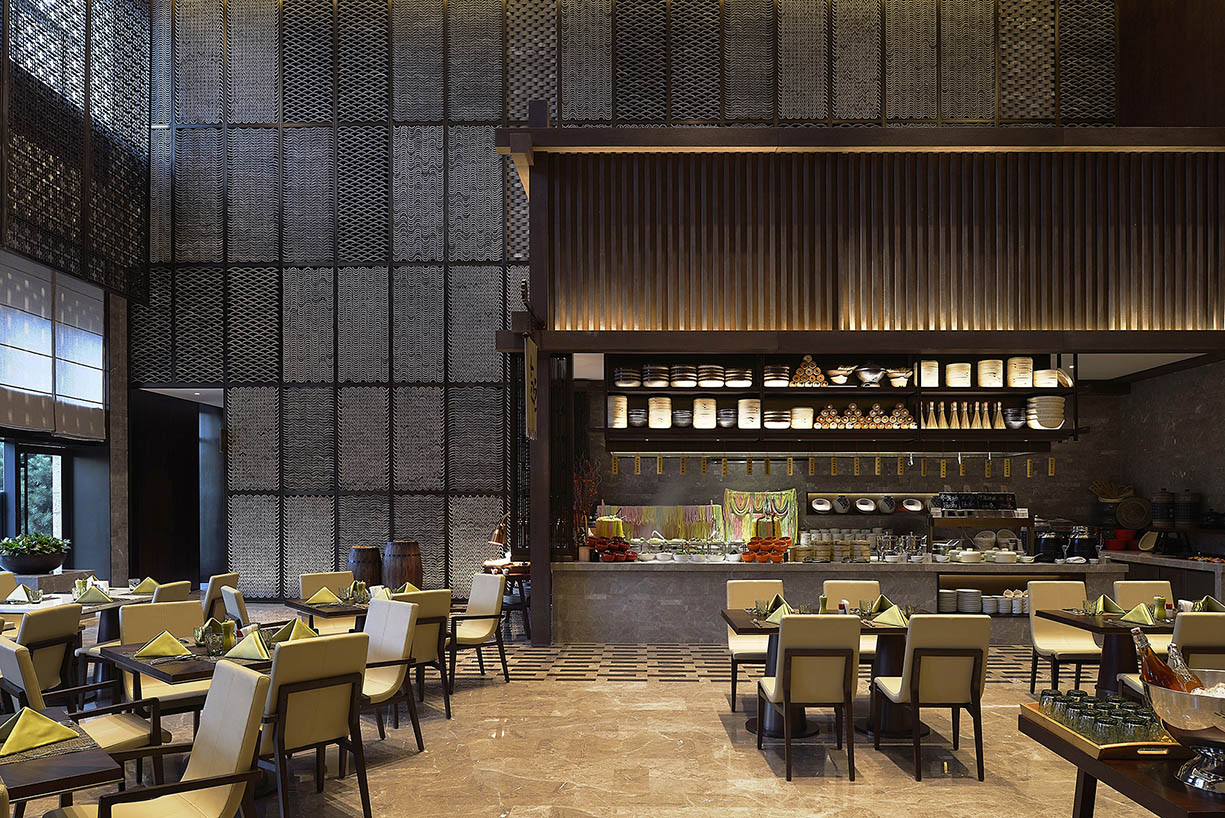 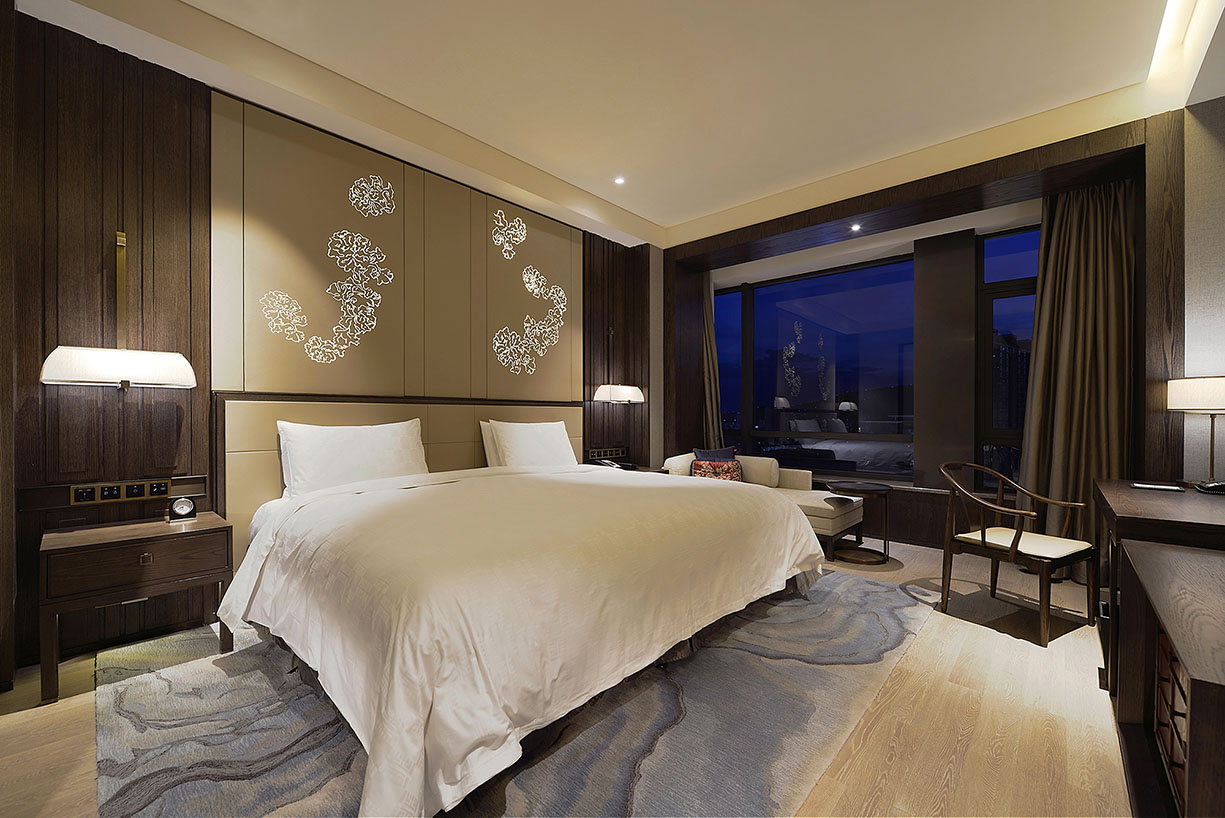 Kown as “the first gate of the Great Wall”, Dajingmen witnesses the historical changes in Zhangjiakou, and also represents China's ancient city wall culture.Therefore, the hotel entrance resembles Dajingmen a lot. In the mottled light and shadow, the reception backdrop made of solid wood carries a strong sense of ancient simplicity and massiness. And in consistent with the reception backdrop, there is a plant wall with scattered gray bricks at the other side of the lobby as if the ancient wall, experienced wind and storm, is coming back to life! Mountain and rock culture is also included in the lobby design so as to bring vitality into the hotel. The seven-meter high red hawthorn tree installation set in the middle of the lobby embodies the toughness in the north spirit, and also represents the auspicious harvest, creating a harmonious and prosperous atmosphere.

As a famous frontier juncture in the history, Zhangjiakou has long been a commercial center since ancient times with merchants gathered and vendors ranged in close order. Markets here are always noisy and crowded. In the design of all day dining restaurant, designers use the culture of merchant as the basic tone. From traditional stalls and shops, beyond-the-border style containers to walls made of tiles, everything exudes the bold and heroic spirit of the frontier juncture. Large-scale paper cut on the gas hood depicts the prosperous scenery of merchants gather together and the heavy traffic. Merchant style leather furniture also brings guests back to the old times.

By using traditional furniture and Chinese screen, YANG presents the elegant temperament of Hualuxe in every detail. Traditional Chinese architecture elements, such as Dougong, Moon Gate and Mountain Rock Cultures are wisely used in the space structure. Layering wall design of the public area is telling the legendary story of the beacon tower and ancient city walls... following the footsteps of culture and history, YANG ingeniously depicts an opulent picture of Zhangjiakou ——"sonorous clopping, billowing flames, and beautiful mountains and rivers."