Shenzhen Airport New Town is a hot spot of the future economic and urban expansion of the city and also a core engine for the development of the Guangdong-Hong Kong-Macao Greater Bay Area. Here, the Hilton hotel functions as a supporting facility for Shenzhen World Exhibition & Convention Center, which is the biggest of its kind in the world, to showcase the city’s characters and welcome visitors from all over the world. For the interior design, YANG incorporates into the design the pioneering shipping culture of the China Merchants Group (CMG) and the tolerance, inclusiveness, innovation and vitality of Shenzhen to build a top-level, innovative Hilton in China. 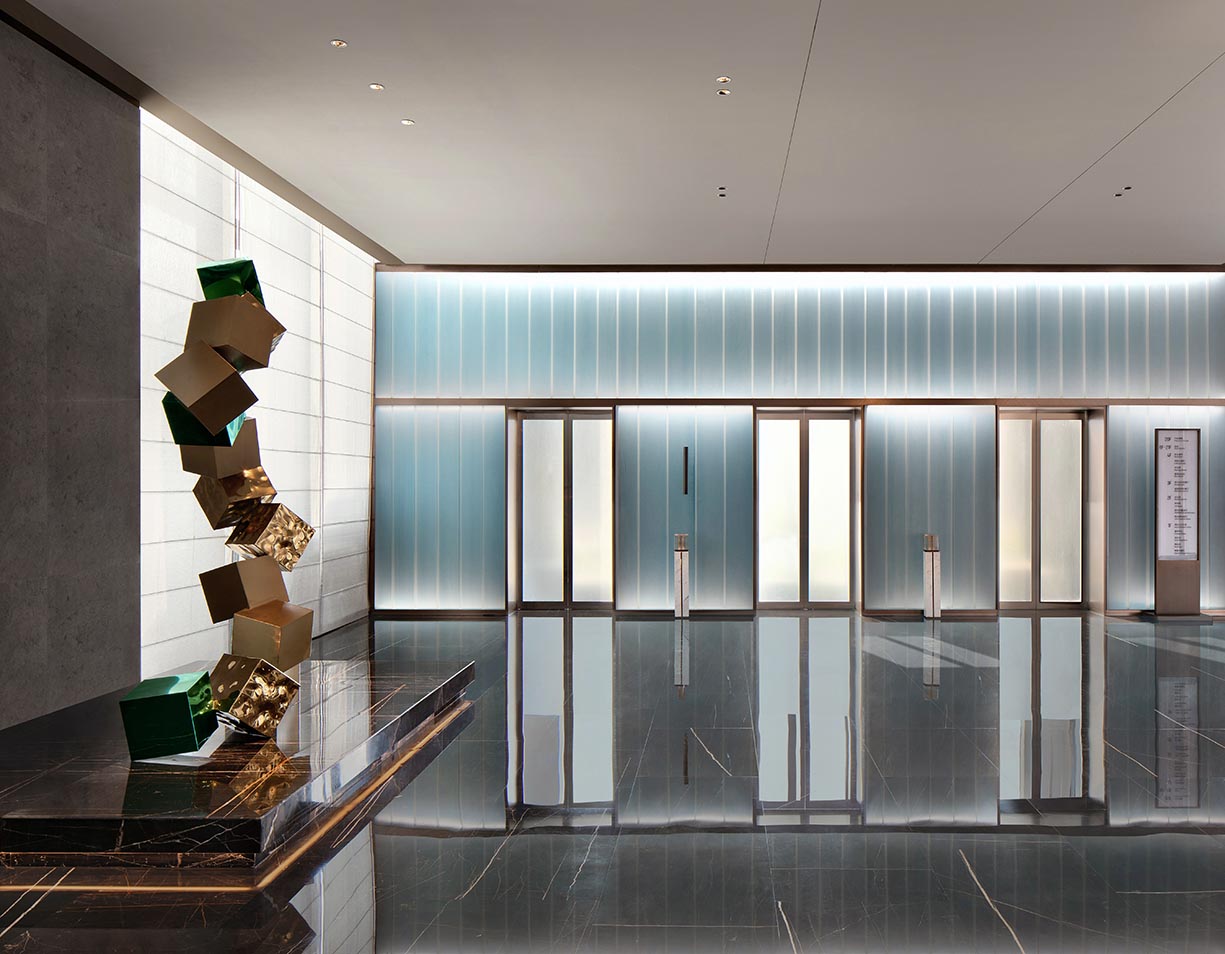 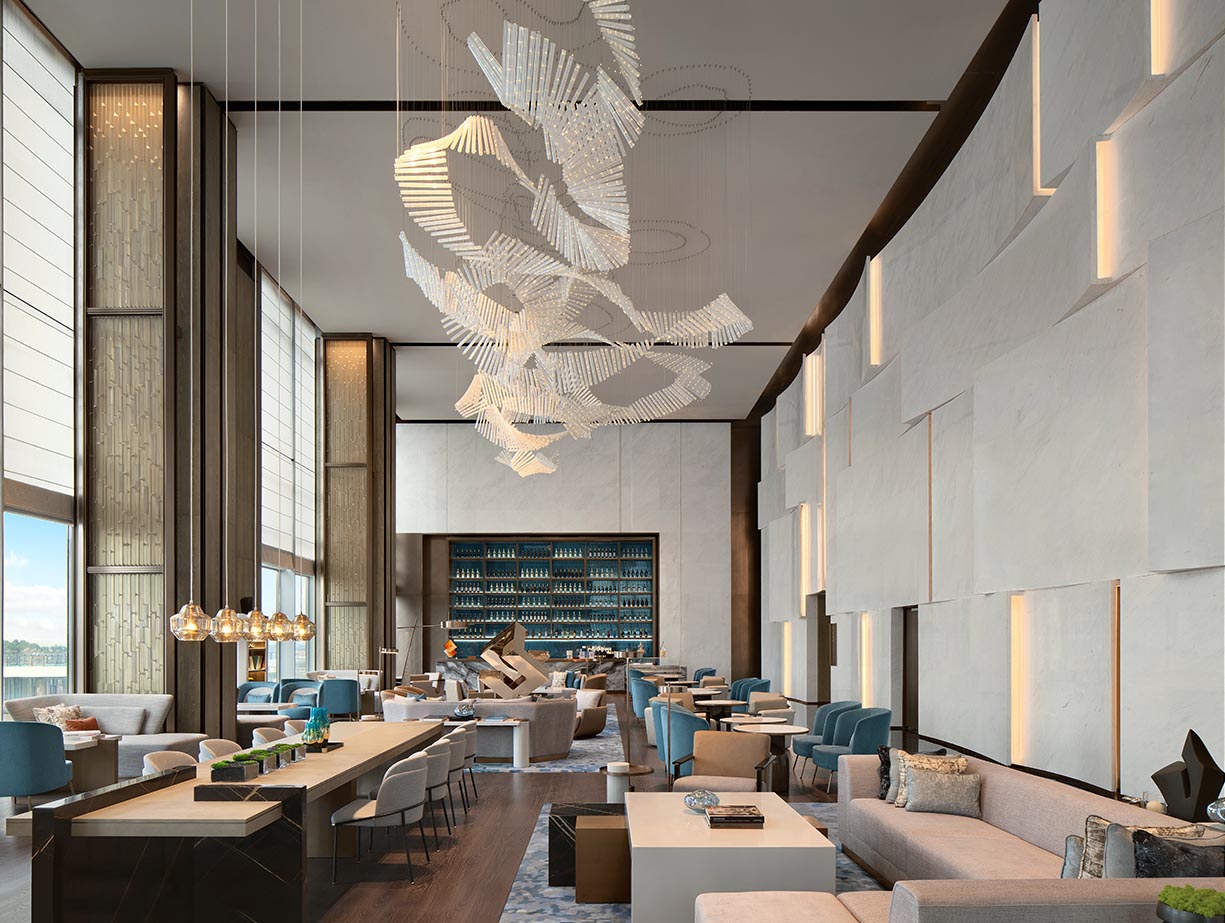 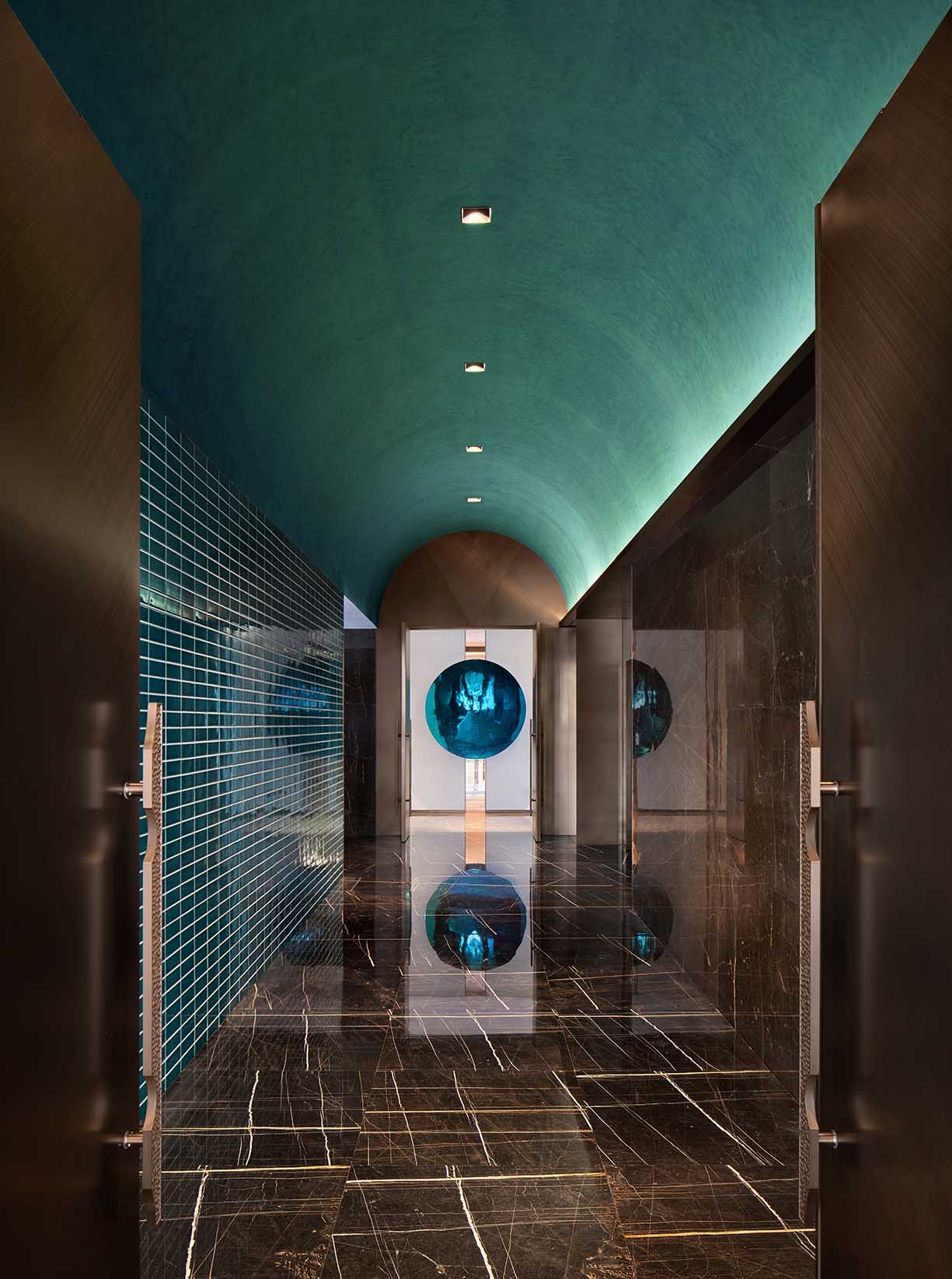 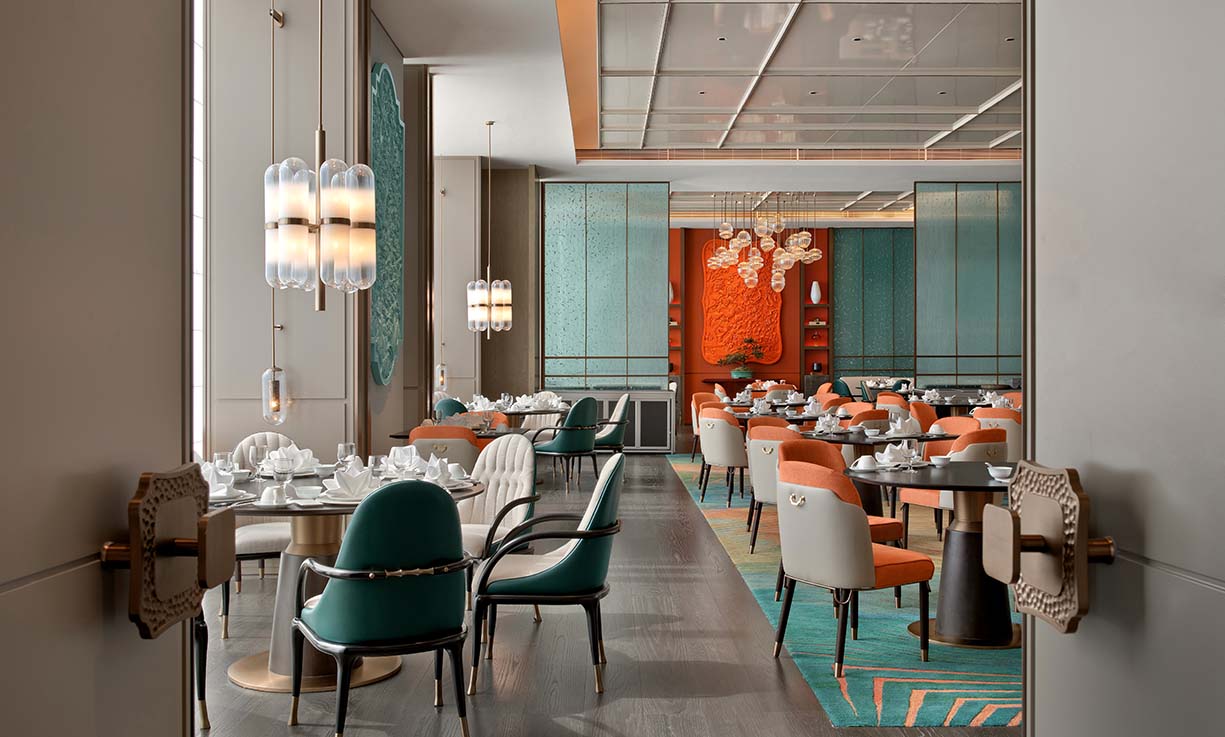 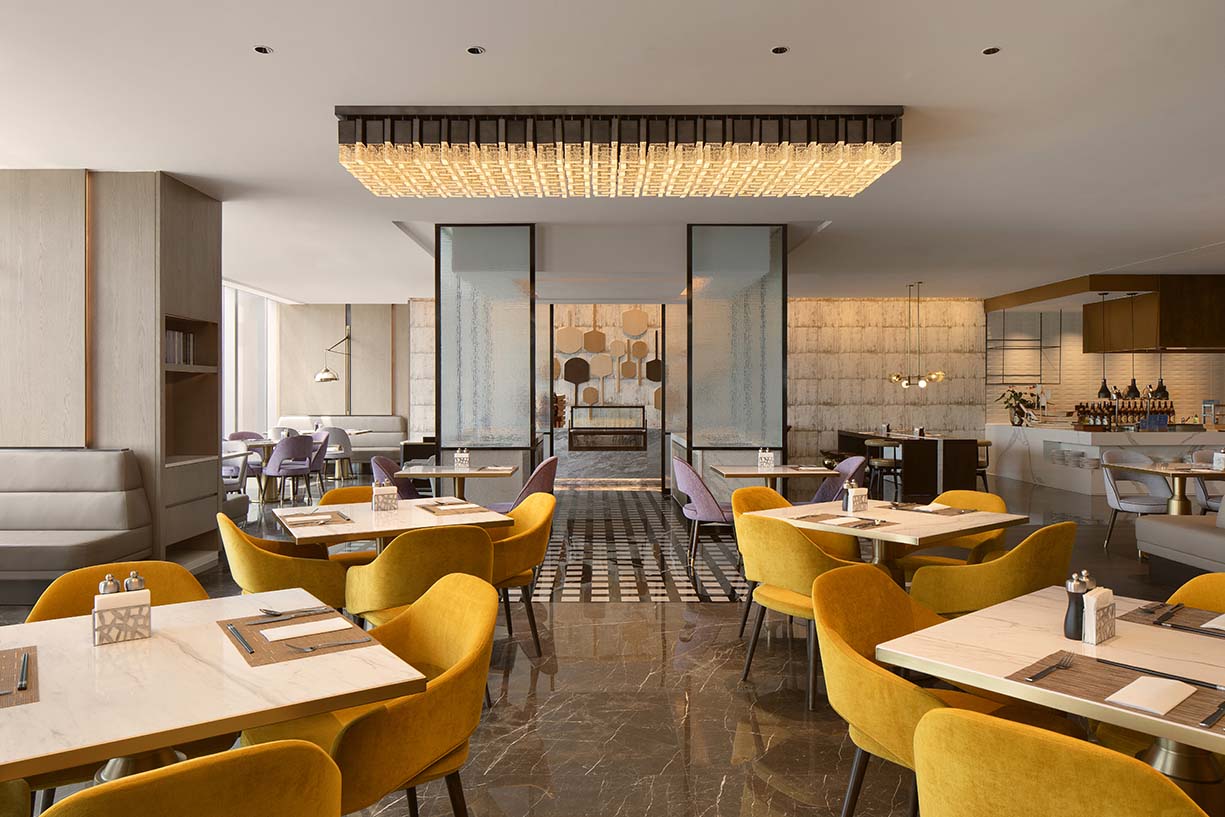 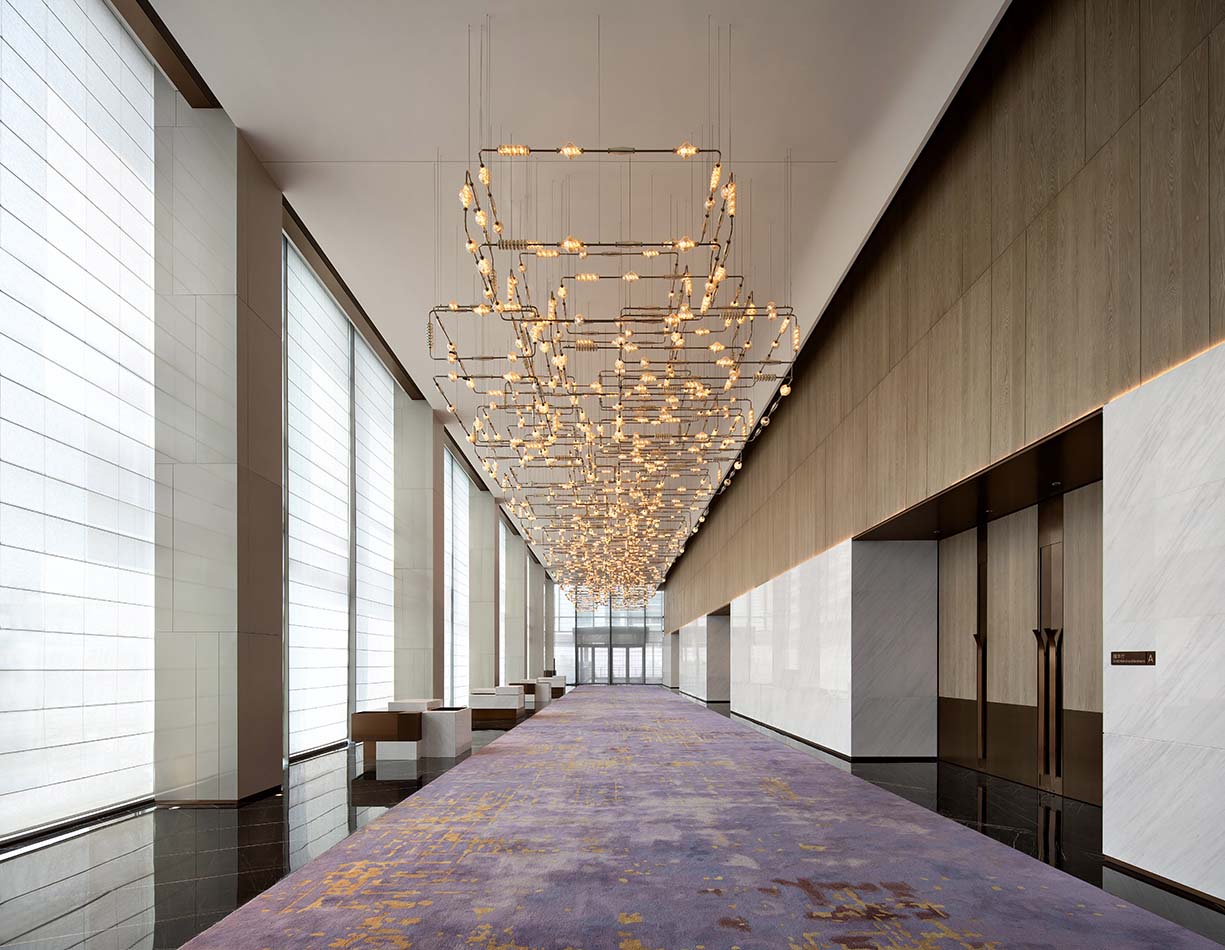 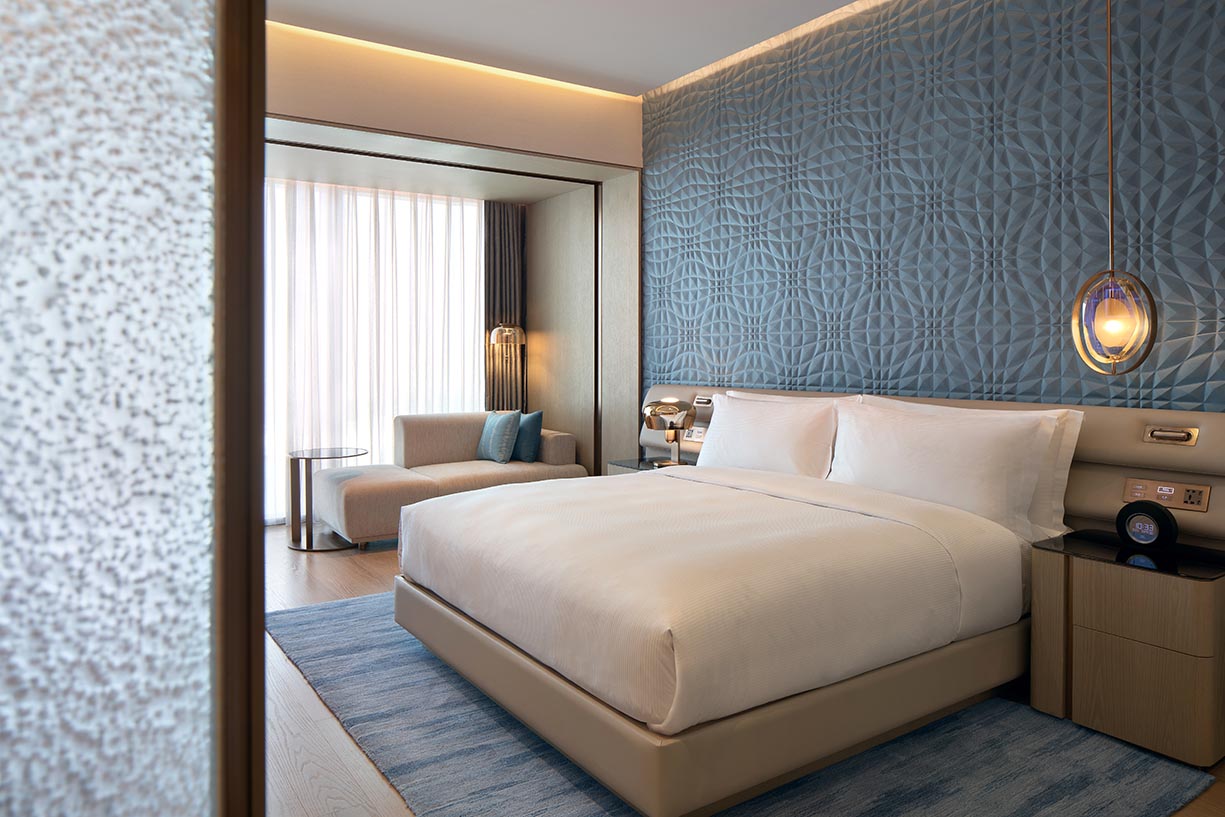 To better interpret the theme of “carrying on the past and opening a way for future” and to echo the ocean culture concept of the Center, the design adopts elements such as the container and sail extracted from the shipping culture of the one-century-old CMG with the use of large blocks and curves, giving a sense of modernity and future. In addition, the use of clean lines, the contrast between the ocean blue of CMG logo and other colors, and the application of various smart technologies lend the space an atmosphere of fashion and artistry, highlighting the vitality, openness and innovative spirit of Shenzhen, while artworks and light programming add a layer of contemporary culture to the hotel.